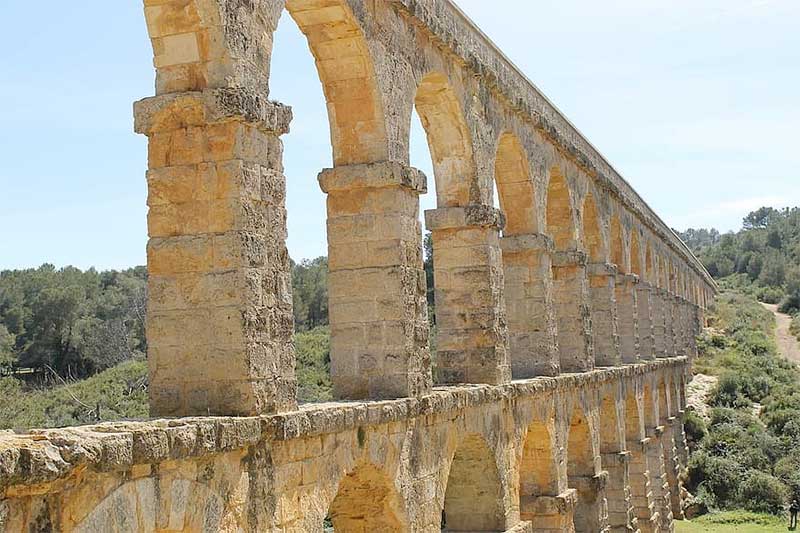 Celebrating the Harvest in the Mier Name

As I wrote about in my Origins of the name Jose Mier page it seems to be a derivation of Latin “mies” which refers to ripe grain or the harvest. It also reinforces the fact that wheat (and other grains) which were used to make bread were of maximum importance in the ancient world. Bread was the one food that everyone, rich and poor alike could partake of and it was a staple on tables from Rome to Jerusalem to Spain.

I say the all roads lead to Rome and in the case of the Jose Mier name it’s especially true. If the Romans hadn’t conquered the Iberian Peninsula I would have a much different name. But conquer they did. In the year 206 BC the Romans invaded the Iberian Peninsula and waged war against the indigenous peoples near what is modern day Seville. The Roman Empire would hold sway over this area (Hispania) for more than 700 years.

Aside from lending Latin names to places, the Romans brought with them their technologies such as aqueduct construction. It’s a testament to Roman workmanship that some of these structures still stand and function today.

Roman ruins dot the modern Spanish landscape and some portions are well preserved even after almost 2,000 years. Roman roads would tie the disparate parts of Spain together and Rome’s influence would gradually move northward from Southern Spain reaching the northernmost parts of the country. Barcelona in the northeast became one of the most important Roman cities in Hispania.

The northward movement would also eventually encompass that region that would become Santander Province, home to the town on Mier and figurative birthplace of every Jose Mier that would come to be—like me.

A simple project like mine—looking for the appellation Jose Mier—has turned from a diversion into a deeper appreciation for genealogy as well as history. I’m happy to find as many Joses as I can, searching from the comfort of my Los Angeles, CA home base, but as I do I’m also faced with contemplating history—ancient history at that. There are over two millennia to contemplate but the Roman conquest of Spain is one of the reasons I’m here, have the name I do and the heritage that’s so important to me.