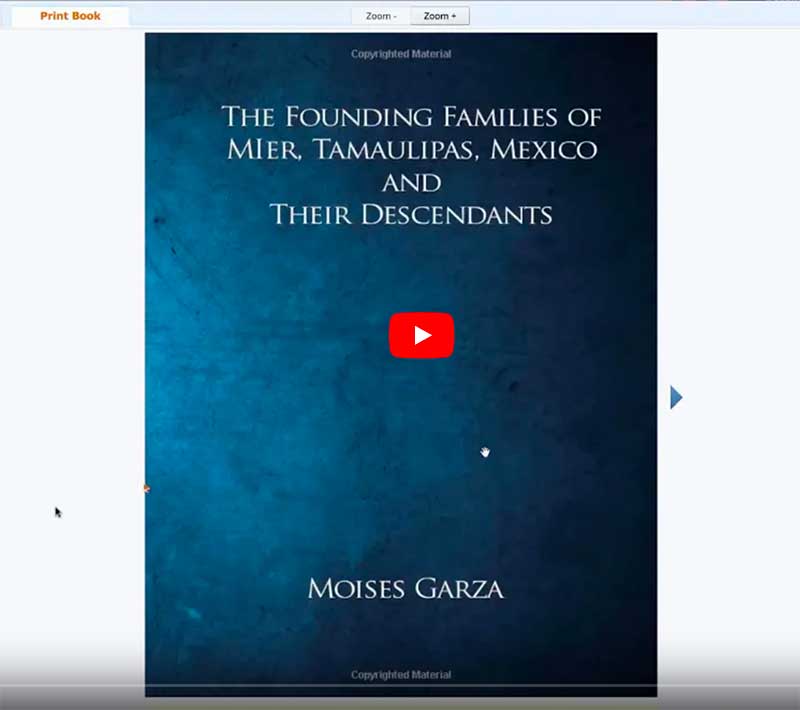 Jose Mier-related searches are what I do and what started as a bit of fun has morphed into something that is sometimes quite interesting. The Mier surname has its orgin in northern Spain, but when the Spanish came to Mexico they brought many of the old Spanish area names with them. The city of Mier in northern Mexico is one such example.

In my search for “jose mier genealogy” one of the results was a listing of a book on Amazon entitled “The Founding Families of Mier, Tamaulipas, Mexico and Their Descnedants.” Once I saw the title I knew I needed to investigate. The book, recently published in 2016 lists all the founding families of this “cidudad.” However, there are no founders with the name Mier. All bear different Latino surnames.

I learned that the city was founded in 1753. As I referenced in an earlier Jose Mier dot Com post, the area of Mexico where it’s located (Tamaulipas) was originally Nuevo Santander which harkens back to the area of Spain in which the orginal Mier town was located. It was, therefore, not surprising at all that a new Mier city would occupy an area named for the same region in Spain as the original.

Unfortunately, northern Mexico is in turmoil these days due to the drug cartels and the violence they bring to the region. An article from a Texas news site recounts the destruction, deterioration and abandonment of Mier in recent years. The city which has a proud history since its founding in 1753 has become a shell of its former self and many residents have left. It is literally a war zone. The violence in northern Mexico often spills over the border to Texas, that’s why a Texas newspaper would report on the goings on in the towns and villages in Mexico that border it.

Despite the grim situation, my focus remains on Jose Mier and the Mier surname and this book is yet another piece of information I can use in my search for how the name Mier came to the New World and how it spread elsewhere around the world. For historical researchers the book would make a nice addition to their library despite its hefty price. Research books like this usually go for a pretty penny. This is no exception. At over fifty dollars, it won’t be added to this Jose Mier’s library any time soon.