Another de Mier: Parent of Controversial Priest - Jose Mier Around the World 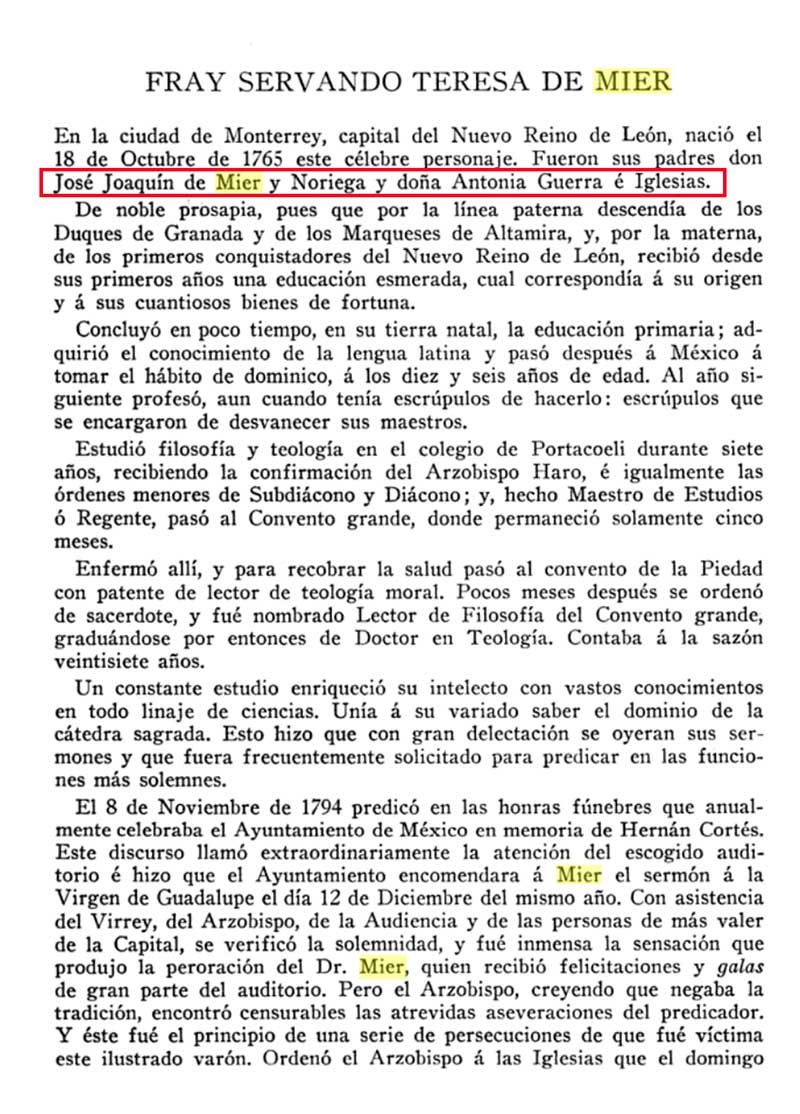 Padre Named After His Father

While doing more research on Google Books into the name Jose Mier I stumbled upon a book which mentions this priest. The book’s title is: “Antología del Centenario, Vol. 1: Estudio Documentado de la Literatura Mexicana.” It was written in 1984.

This priest is the one who gets all the attention because of his notoriety but there was a small mention of his lineage on one of the book’s pages. Both his mother and father are mentioned and the fathers name just happens to be Jose de Mier Noriega y Guerra. Obviously the son—priest–was given his father’s name.

Although I don’t know anything more about the father I can surmise, since the son was born in 1765, that the father was born in the early to mid-1700s. So even though the son was the more famous of the two, the father being quite obscure, there are still records of the father and his name and I’m able to add him to my list.

This is the first instance on this site where I have two relatives listed. Father and son. It’s an interesting find and again I own a debt to Google books as well as to optical character recognition! I believe this makes Jose number 33 on my list. Father of the famous son and also a resident of 18th-century Mexico. Bienvenidos!

Article Name
Another de Mier: Parent of Controversial Priest
Description
Jose Mier stumbles upon a listing for Jose Juaquin de Mier who just happens to have been the father of the controversial priest Jose de Mier Noriega y Guerra that we profiled some time ago on this site.
Author
Jose Mier
Publisher Name
jose-mier.com
Publisher Logo